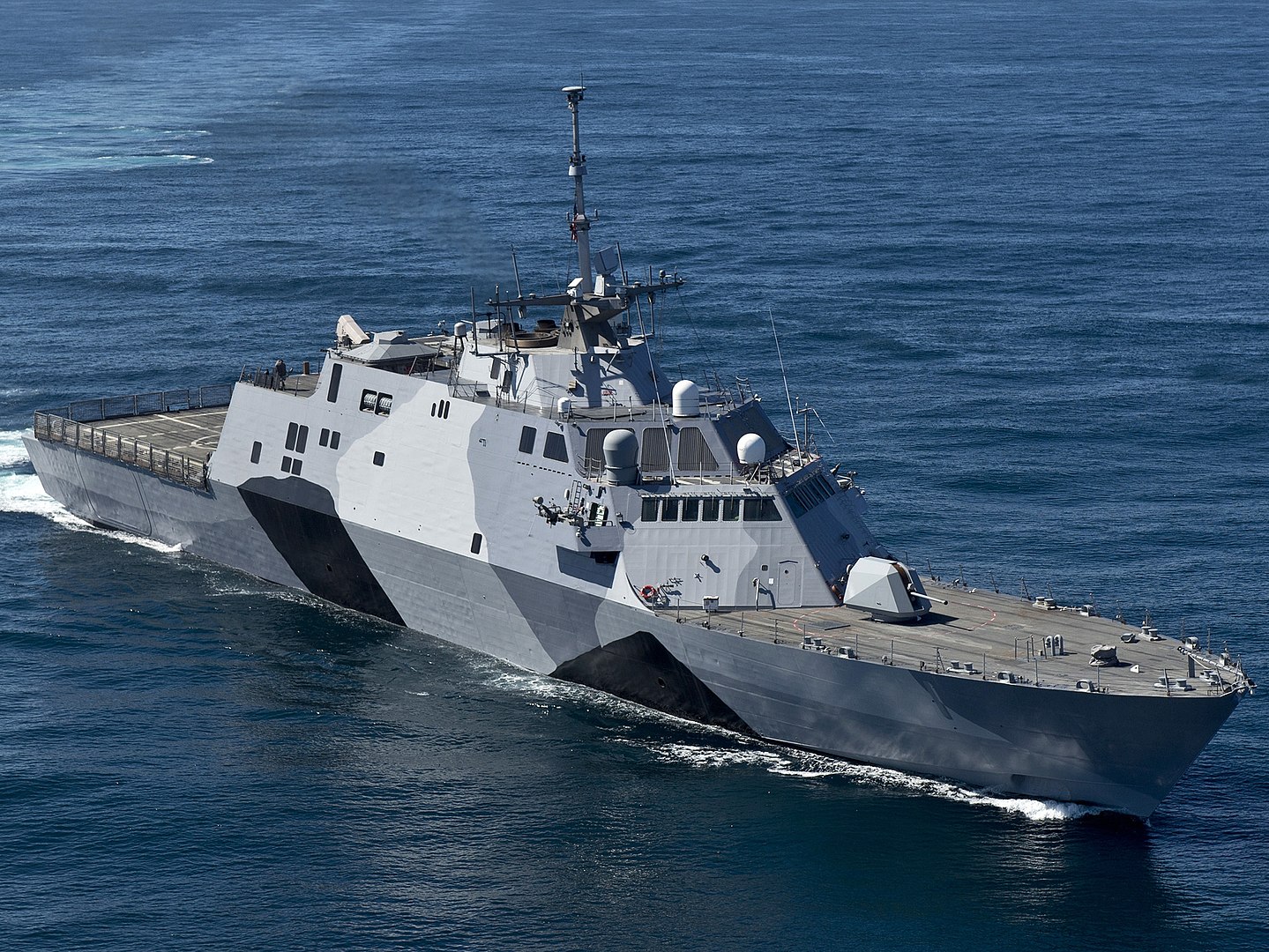 We successfully conducted a demonstration to a Navy customer the implementation of a replacement legacy tactical mesh networked radio operating on a custom software defined radio (SDR) hardware platform. This demonstration included sending a live video stream over-the-air in a relay network configuration consisting of 4 tactical radios operating in a self organizing, self optimizing, and self healing mesh network. The multi-hop relay network topology is used to extend the operational range of the network.

This post describes the decomposition of the implementation of an embedded systems communications stack using the long standing Open Systems Interconnection model (OSI model) as shown in the following figure for the TCP/IP stack. The OSI Model is a conceptual framework used to describe the functions of a networking system.

The OSI model characterizes computing functions into a universal set of rules and requirements in order to support interoperability between different products and software. In the OSI reference model, the communications between a computing system are split into seven different abstraction layers: Physical, Data Link, Network, Transport, Session, Presentation, and Application.  The functionality encapsulated in each OSI Layer is described in the following figure. 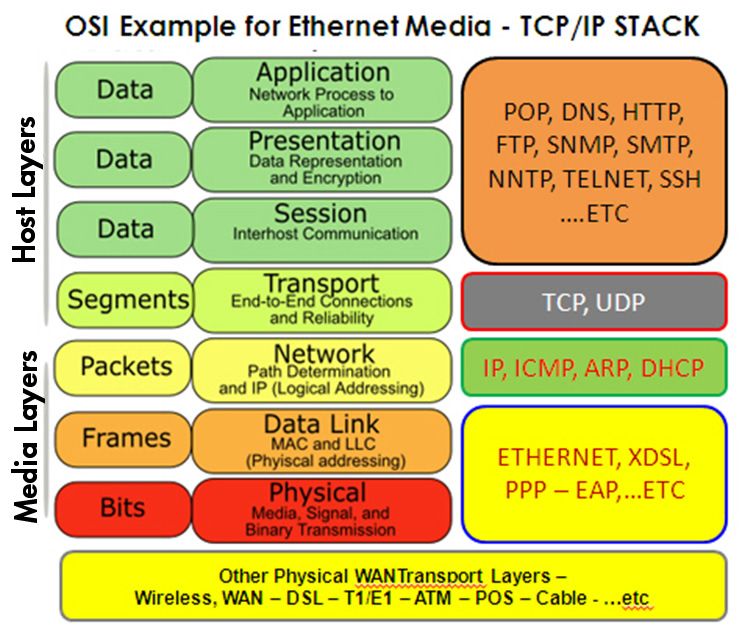 Excluding the OSI Physical Layer, we were responsible for the development of the OSI communications protocol stack to implement the full featured replacement for the legacy radio. This radio is used in a network of unmanned maritime vehicles (UMVs) deployed from a Littoral Combat Ship (LCS).

The communications protocol stack was implemented as two user space Linux daemons operating under a custom embedded Linux distribution on the custom SDR hardware platform.  This work continues the maturation of the embedded software communications stack as described in the post Maritime Radio SBIR Phase 2 combining the RF waveform on a custom integrated hardware platform.

OSI Layer 7 of the software stack, the Application Layer, as well as Layers 6, 5, and 4 provide the host layers of the OSI stack.

The host layers in the radio provided support for:

Application processes such as SSH, DNS, and NNTP are provided by software executing on the radio platform.

Full communications system integration and control was provided by way of reverse engineering an external sector antenna controller which implemented a custom High-Level Data Link Control (HDLC) serial messaging protocol. When the antenna controller is in charge of the wireless network, it controls the sequence and timing of the master radio’s network discovery of slave radios, and initiates master to slave poll loops for the handshake exchange of host data.

Host data is classified by priority by the DSCP value, and whether or not the traffic requires ARQ reliable handling.  Automatic repeat request (ARQ), also known as automatic repeat query, is an error-control method for data transmission that uses acknowledgements (messages sent by the receiver indicating that it has correctly received a packet) and timeouts to achieve reliable data transmission over an unreliable communication channel. If the sender does not receive an acknowledgment of a packet reception, it re-transmits the packet until it receives an acknowledgment or exceeds an SNMP configured timeout value.

The embedded systems software stack provides OSI Networking Layer 3 support in the form of host packet routing based on on-the-fly learned host media access control (MAC) addresses. The Networking layer supported relay configurations, with dynamic handovers of deployed slave nodes between relay or master radio control. Multicast and Broadcast message routing is provided through serial unicast.  System configuration and operation did not require any form of IP convention, that is IP subnetting, to be used for the host devices, and was plug-and-play (PnP) compatible.  This facilitates the discovery and management of a communications components in the network without the need for physical device configuration or user intervention.

Quality of Service (QoS) policies were implemented to allow host data traffic to be treated differently based on the behavior assignment to the DSCP field of the IP header of the host traffic.  Different traffic classes were assigned for higher priority of transmission (CoS) and for higher reliability using packet retransmissions (ToS).