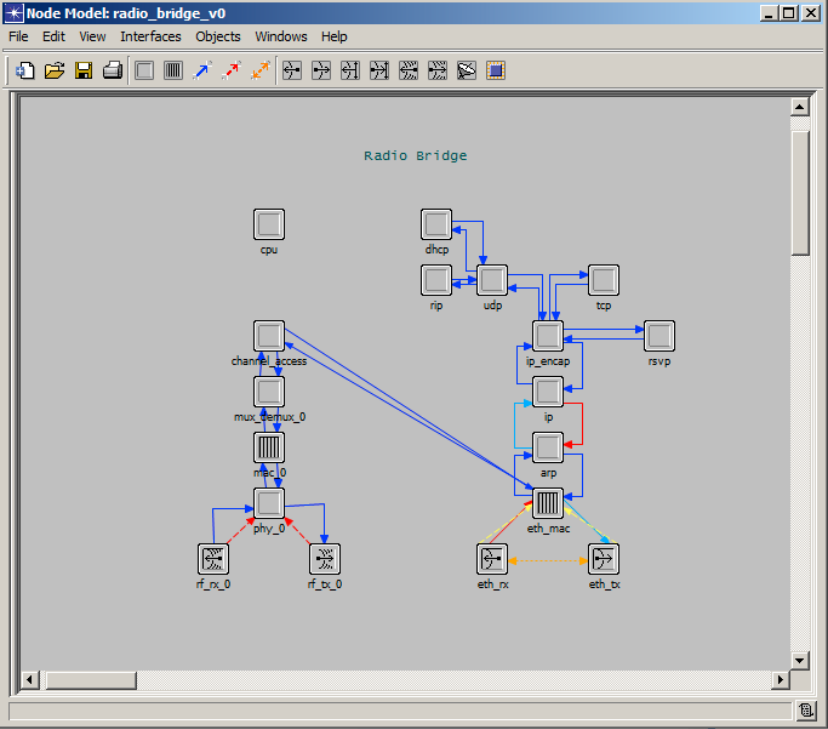 A bridge operates by determining whether incoming data (or traffic) from a host device is to be routed to a forwarding address or discarded to and from the wireless network. Packets of data received by the bridge carry the destination address, Ethernet frame type, and protocol type which is read by the bridge and deciphered accordingly.

Smart bridging is a necessary technology for wireless networks which limits Ethernet packets transmitted over the RF interface from the wired interface to only packets destined for known host devices passively or actively learned from the network, packets necessary for network discovery and management, or packets filtered by Ethernet frame type. This technology reduces the bandwidth requirements over the RF spectrum to only necessary messages and allows the network device’s host facing interface to be on a noisy host local network.

The Ethernet Bridge Model supports the development within the OPNET environment of Smart Bridging algorithms and a Media Access Control (MAC) sublayer that provides addressing and channel access control mechanisms that make it possible for several hosts and network nodes to communicate within a multiple access RF network.

The main advantages of modeling and simulation include: